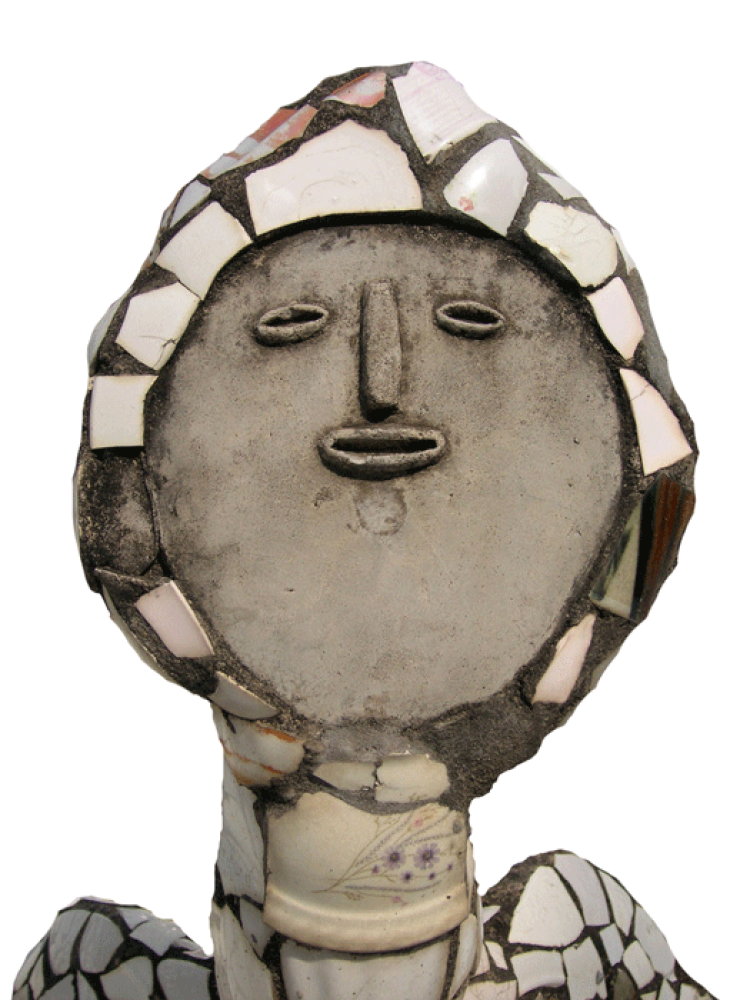 Nek Chand was born in the village of Berian Kalan, in what is now Pakistan. Later, he emigrated to India with his family and in 1950 settled in Chandigarh, where he worked as a public transport official.

Pursuing a vision that appeared to him in a dream, Nek Chand started to clear an area of jungle on the city’s outskirts where, according to him, a glorious kingdom had once existed. He amassed stones, bricks and materials retrieved from the city’s rubbish tips in order to construct the Rock Garden. Today this extends over two hectares and is inhabited by several hundred sculptures lined up on a series of terraces, arches, waterfalls and winding paths.
In 1972, the municipal authorities discovered this environmental œuvre. Stunned by the unique creation, they decided to provide a team of labourers and financial support to enable him to continue his work. Since then, the site, which was officially recognised in 1976, has been in constant expansion and has welcomed huge numbers of visitors.