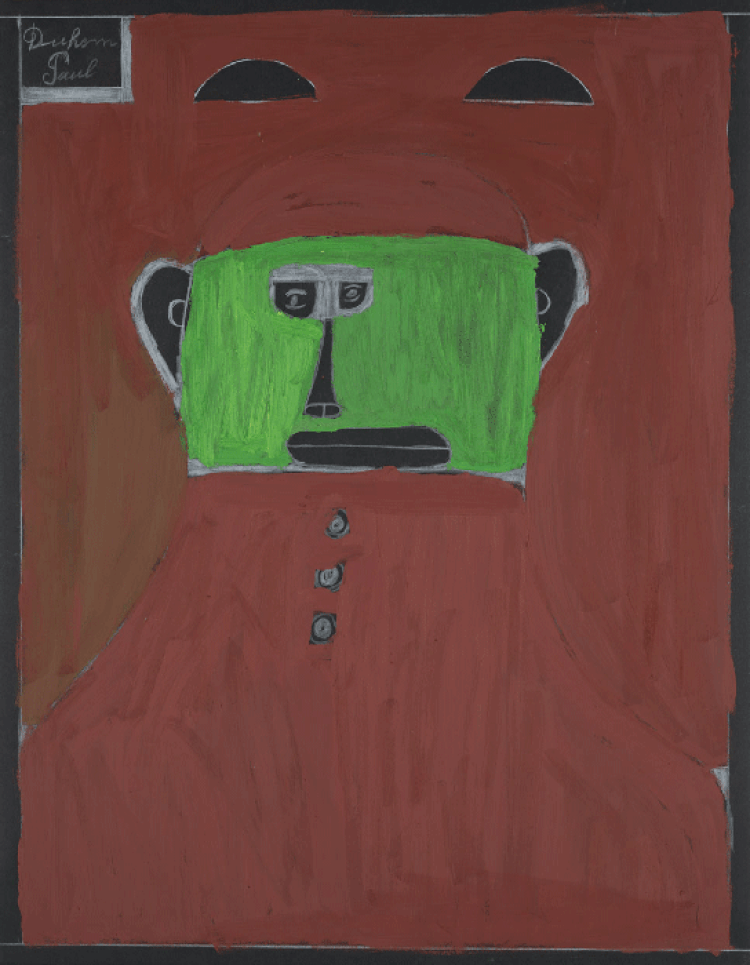 Paul Duhem was born in Blandain, Belgium. He left school at 14 and worked as a farmhand for various agricultural concerns. During the Second World War he went to Germany, where he laid rails for the railways. Going to France at the end of the war, he was arrested for his collaboration with the Germans. But not being in full possession of all his faculties, he was transferred from prison to a psychiatric hospital before being employed as a labourer in farms in the region.

In 1977 he was admitted to a home where he did horticulture. Twelve years later, at the age of 70, Paul Duhem started to draw within the framework of a workshop. He devoted himself to this activity, continuing until he died.

The human figure is a recurrent motif in his compositions. He drew the same face, which can be interpreted as a self-portrait, over and over again in an obsessive manner, declining it in series, introducing subtle variations in shape, rhythm and color.