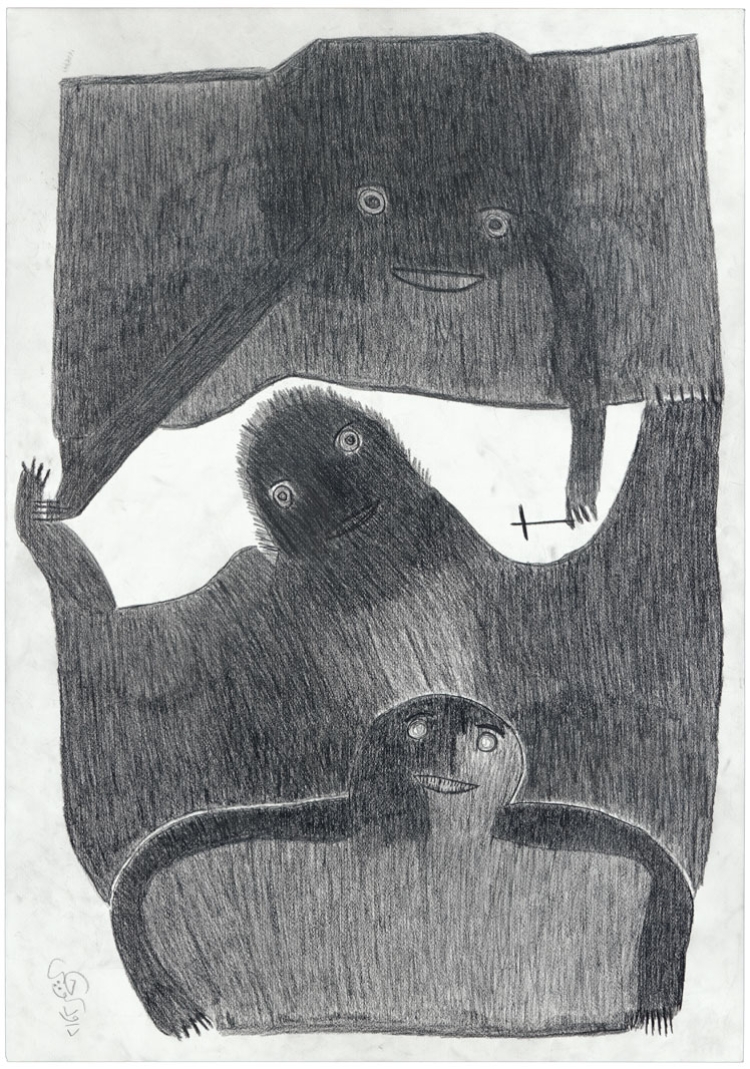 Davood Koochaki (1939) was born in Rasht, a city in the northwest of Iran. He left school at seven to work with his parents in the paddy fields. In 1952, he left for Teheran, where he found a job as a garage mechanic. Nights, he enjoyed joining various intellectual circles — although he himself was illiterate to all extents and purposes — and drinking heavily. He married when he was twenty-four; that same year, he opened his own garage. The couple had four children.

In his mid-sixties, once retired, Davood Koochaki began doing drawings He has been encouraged in this hobby by his son-in-law, who provides him with high-quality materials. He uses lead pencil and colored pencils only, winning him the nickname "Pencil Man" among his inner circle. He enjoys drawing mainly black and dense shapes against a white background: these depict mysterious beings and imaginary animals. Despite some recent health problems, Davood Koochaki continues to draw daily.