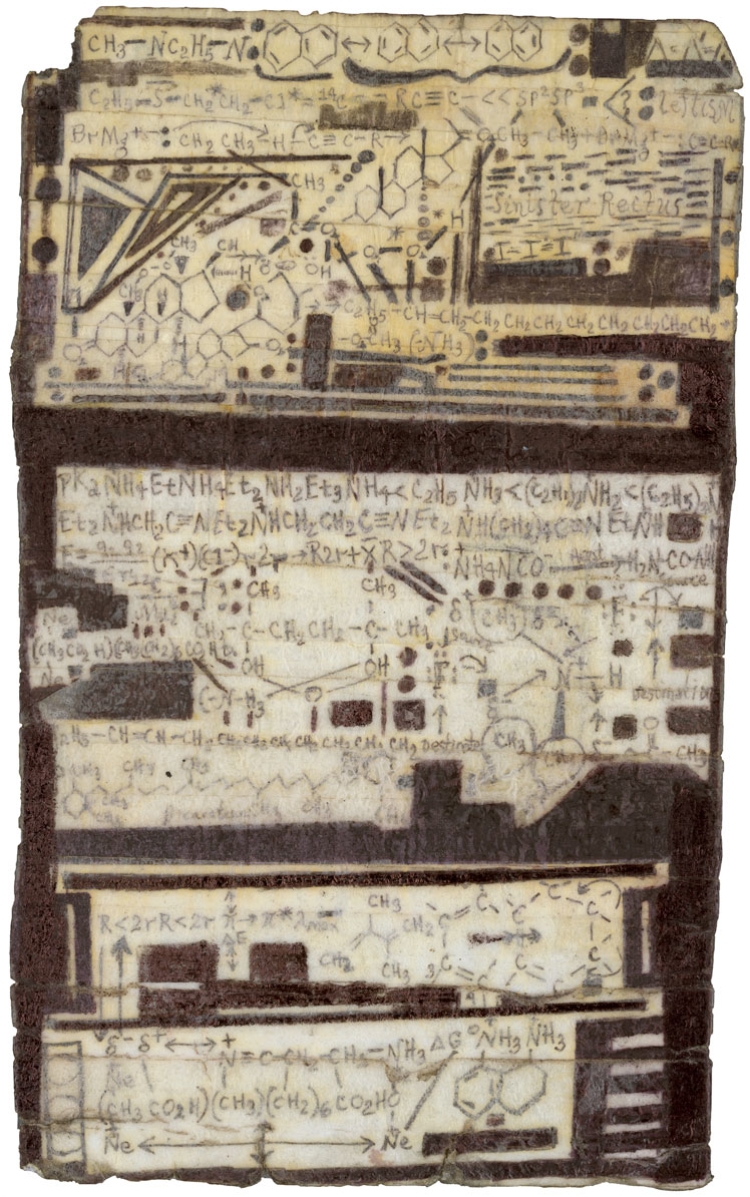 Melvin Way (1954) was born in Ruffin County, South Carolina (USA). Any biographical data available is sketchy. He spent his childhood between his city of birth and Brooklyn NY, where he completed high school. Already at school, he loved the science branches. He went on to study at New York's Technical Career Institute, while working as a machine operator. Already during his high school days, he began playing base guitar in several music groups. Gradually, however, he showed ever more signs of having certain mental disabilities and consuming drugs. This led him to become more of an outsider: he interrupted his studies and, for some time, found himself homeless. He went on to live in an assisted living facility before moving to a protected apartment.

During the eighties, his work was discovered during an artistic workshop set up at a New York center for the homeless. Melvin Way does his works on pieces of paper and torn pages. He uses transparent scotch tape to protect certain drawings or when he wants to add new inscriptions. His works are small and often done on both sides of a support. They feature random letters, words at times cut off, repeated mathematical or chemical formulas, and graphic signs, all generally done in blue or black ballpoint pen. These mysterious messages — which only their creator himself can understand — seem endowed with magic and apotropaic powers. Melvin Way works on two or three drawings at a time; he keeps them in his pockets, or between book pages. Today he lives in his home city and continues to create.