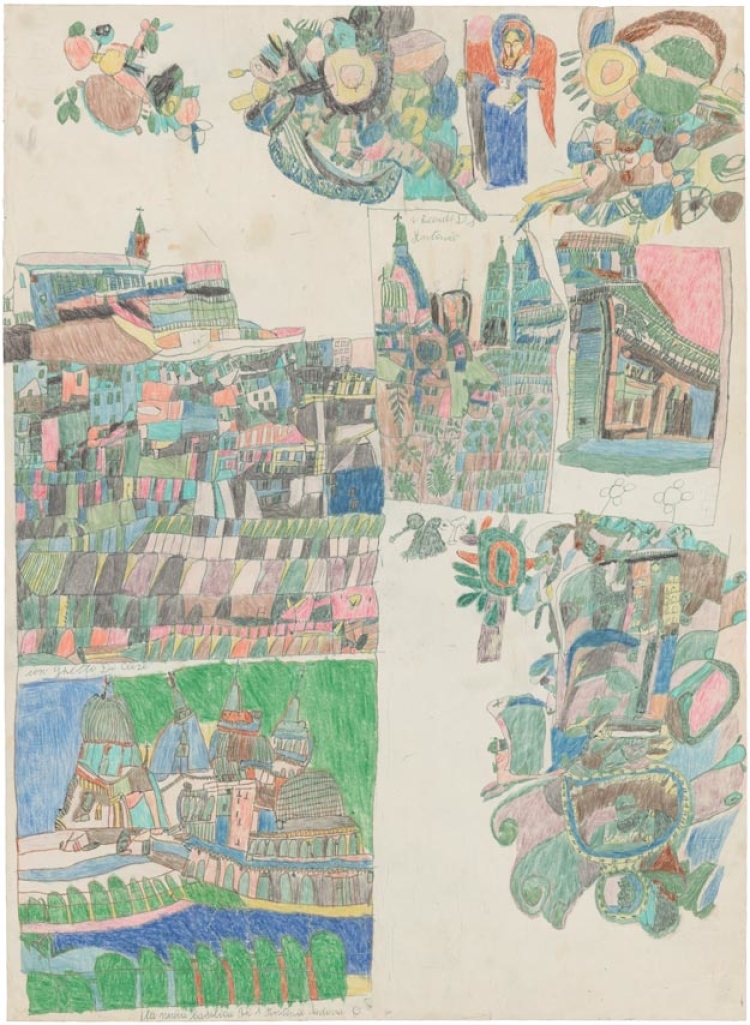 Luigi Brunetti (1905–1972) was born in Gottolengo, Lombardy, Italy. His family were poor peasants; his mother died when he was five and his father shortly afterwards. He went to school for only a year before starting work as a farmhand. After a lonely childhood and adolescence, he was hard hit by rural poverty; he vowed to enter a convent, but was turned away because of his lack of schooling. In 1948–49, he was hospitalised in Turin, then sent to the hospice in his native village. His drawings were discovered by a relative of one of the residents. She supplied him with art materials in return for drawings, bought for a token price.
He kept working until his death in 1972, leaving about forty drawings in coloured pencil and ballpoint pen. Brunetti worked from photographs published in a magazine to which the nuns who ran the hospice subscribed: he chose photos mainly of cities, which he reinterpreted using his own particular graphic technique. He combined recurring figurative elements—church domes, palaces, or bell towers—with abstract forms, deliberately ignoring the traditional norms of representation and the rules of perspective.