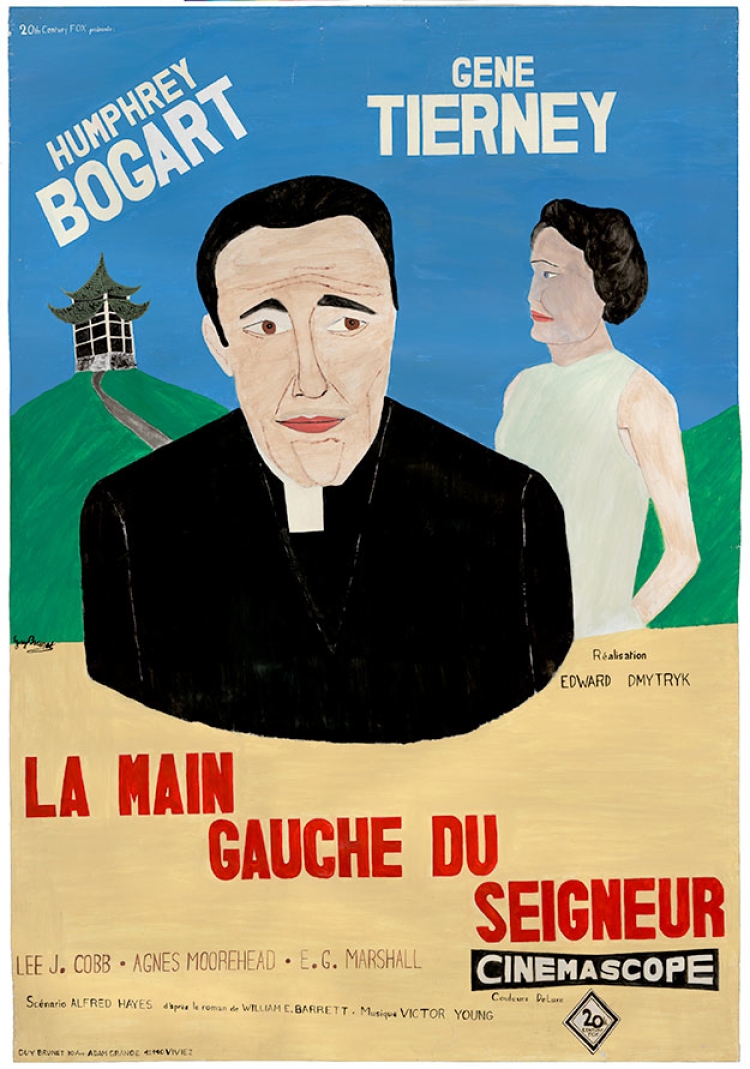 Guy Brunet was 16 when he began filling school notebooks with screenplays (over 350 in all). Gradually, he took up drawing as well, at first using colored pencils to create his storyboards. Later he would go on to draw and paint his own movie posters on the back of those he inherited from his father (who had run a small movie house). He began by resorting to paint normally used in construction, but then turned to acrylic paint. Lastly, he began cutting out cardboard figures to portray a great number of actresses, actors, film directors and producers: these he brought alive and lent voice to, animating them within self-created, very imposing settings. This then was the last step before actually producing a film, which he carried out by attaching a little digital camera to a tripod.

A self-taught creator, Guy Brunet avails himself mainly of salvaged materials and supports: old TV sets that he dismembers, using their carcass to house his miniature settings; he also resorts to the backside of movie posters, cardboard chocolate powder cartons and LP record sleeves.
He draws on his childhood cinematographic culture for all the subjects and themes of his works, integrating the many movies he took in as a youngster at the Le Plaza movie house (in Cagnac-les-Mines, French department of Le Tarn) run by his parents from 1949 to 1963. Love and nostalgia are what have inspired Brunet to bring back to life the period that cradled him throughout his youth.

The vast fresco painting adorning the outer facade of Brunet's house represents his vision of Hollywood cinema in its heyday, namely from the 1930s thru the 1960s. As such, the painting demarcates the immediately surrounding world—an industrial setting all in grays—in contrast to the imaginary world one meets upon crossing the threshold. To enter Guy Brunet's house is to discover a whole new dimension, all in sparkling sequins, lights and colors.