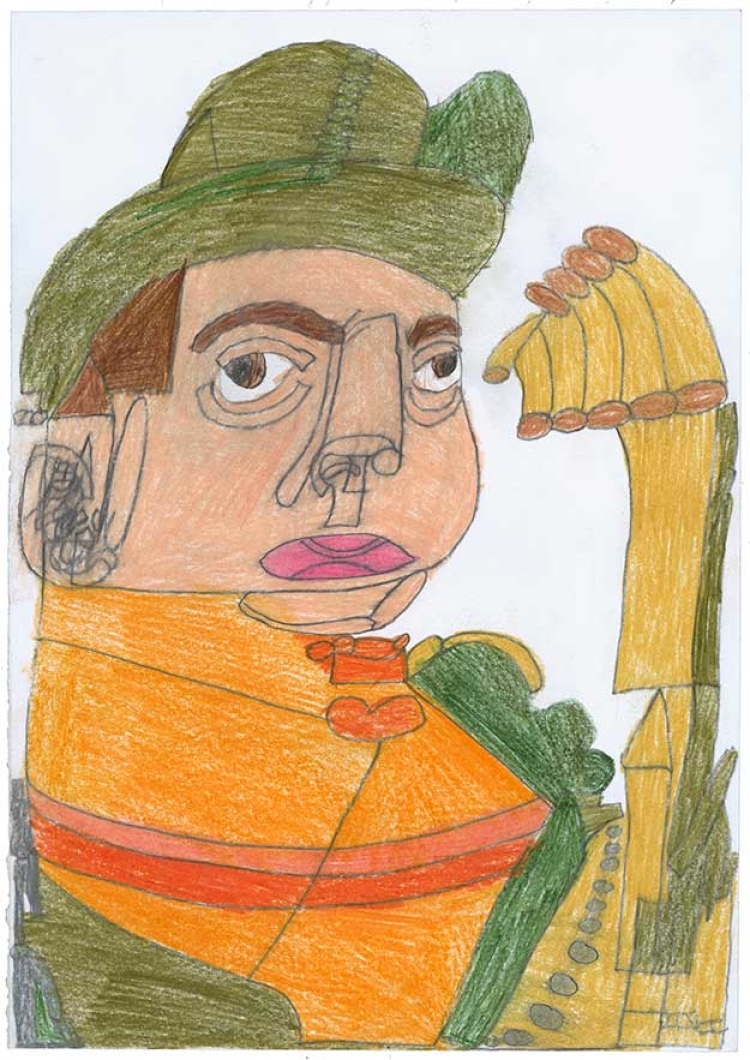 Curzio di Giovanni was originally from Lodi, in the Milan region of Italy. After several stays in a psychiatric environment, he was admitted to a hospital near Pavia in 1979. For a long time he displayed a propensity for drawing. Since he began attending the establishment’s painting workshop, in 2001, he has been working on a vast body of graphic pieces.

His drawings are inspired by photographic reproductions of animals and characters, of which he retains the elements that seem important to him. He executes his compositions with a well-defined line, compartmentalising shapes according to the mosaic principle, then colouring them with coloured pencils. This results in deformation of the facial features and certain parts of the body. The compositions stand out against the support, the ground of which invariably remains blank, and are characterised by the principle of distortion.