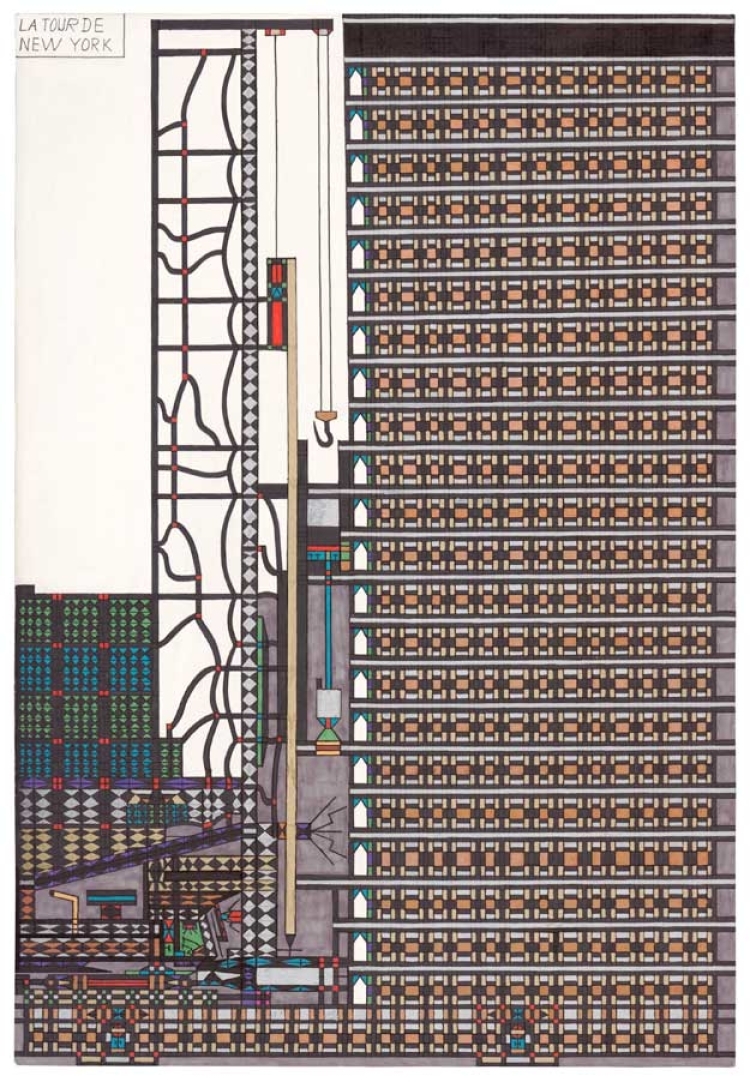 Diego (1963) was born in Lausanne, Switzerland. A heart attack a few days after his birth left him handicapped. He did not talk until he was four, but was attentive and curious. He went to school for a year, then his parents sent him to a special school, which he attended for eleven years. Diego flourished and made good progress, learning to read and write. At eighteen, he began special training in stuccowork. He left home and moved to the Valais region for three years of training. However, he never felt comfortable there and, to escape his difficulties, he would spend his evenings drawing. He did not tell his parents about this until he went home a few months later and asked for paper and pens.

After a stay in the mountains, Diego developed a passion for chalets, which became his favourite subject. Diego does his drawings in two stages: he makes a careful sketch with a pencil and ruler, then draws over it in black felt marker. Next he fills the spaces with coloured felt markers. Each drawing is unique, but often seems to be a variation on earlier works. Swimming pools, work sites, and shops often figure in his pictures, which all feature a chalet or tower as their central motif. The buildings are made up of small geometrical modules repeated over the entire facade. As time goes by, the modules have become smaller and more complex.