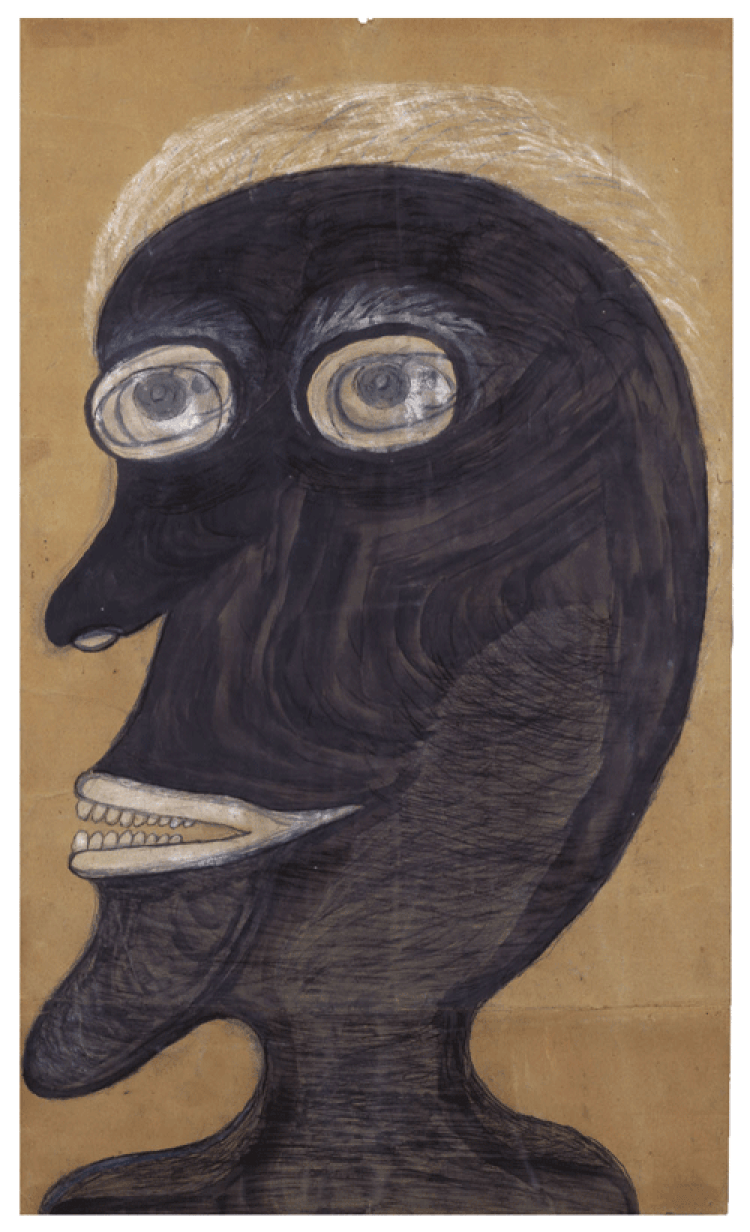 Heinrich Anton Müller was born in Versailles (France). He married a Swiss girl and settled in her country, in Corsier-sur-Vevey (canton of Vaud). He became a winegrower and, with the ingenuity of a true handyman, invented a "machine for pruning vines prior to grafting." Unfortunately, he forgot to pay the annual patent tax to the Federal Copyright Office where the invention was registered, enabling others to exploit his discovery. Thereupon he fell into depression. His behavior worsened and, at the age of 37, he was committed to the psychiatric clinic of Münsingen, near Bern, where he would remain for the rest of his days. Here, in 1914, he began creating artistic pieces, first in the form of assemblages and, three years later, in the form of drawings.

Heinrich Anton Müller was skilled at creating impressive mechanical devices out of branches, rags and wire—lubricating the parts with his own excrements—and large variously-dimensioned cogs that drive each other. Today, only a few photos remain to attest to the extraordinary inventions that he himself ended up destroying.

He also enjoyed making drawings, first on the hospital walls and subsequently on pieces of cardboard or sheets of Kraft paper that he stitched together. Using mainly lead pencil and white chalk, he depicted an imaginary bestiary. Writing, too, was important to him, leading him to draw up unusual texts in fancy handwriting set down on both sides of his graphic compositions, so that their content underscores the overall mysterious nature of his production.