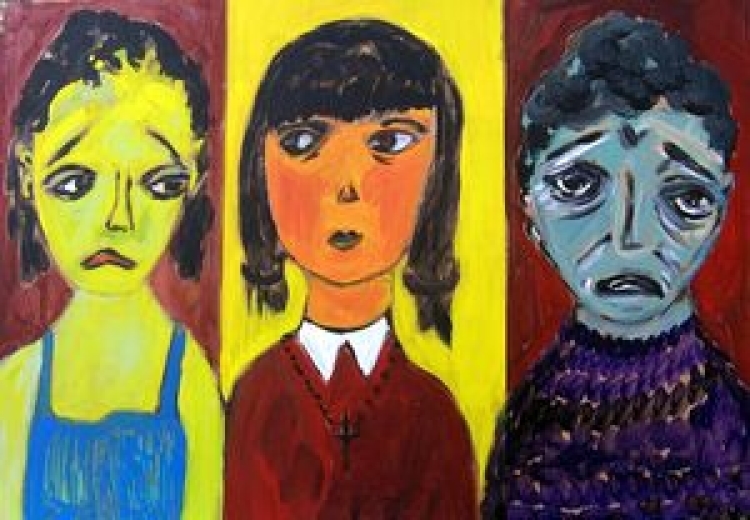 Linda Naeff (1926-2014) was born in Bagnolet near Paris, where her Swiss parents lived in exile . Second of five daughters, within the family she often went by the nickname "the second one." Linda Naeff's prolific output tends to reference a difficult family context: she grew up with a depressive mother and a highly authoritarian father. At the age of sixty-one, she began creating at a frenetic pace, producing 4000 pictures and 3000 sculptures. These creations go back more or less explicitly to several tragic episodes of her life story: being raped as a teenager, several belated miscarriages and the death of a loved one.

Linda used a wide range of techniques, including painting on paper, canvas, or salvaged supports, assembling and sculpting. Often too, writings — poems and autobiographical texts that have unfortunately since disappeared — crop up in her earliest works; these she continued to insert directly into her compositions, often in the form of captioned sketches. Until her death in 2014, at the age of eighty-eight, Linda set her works in order, accumulating them in her Geneva home. The latter was literally overrun by piles of drawings and many sculpture pieces, since she was unwilling to do away with any of what she deemed to be a part of her very self. She did however end up participating in a few exhibitions in her later years: she would make copies of the works lent out, to compensate for the emptiness this incurred.