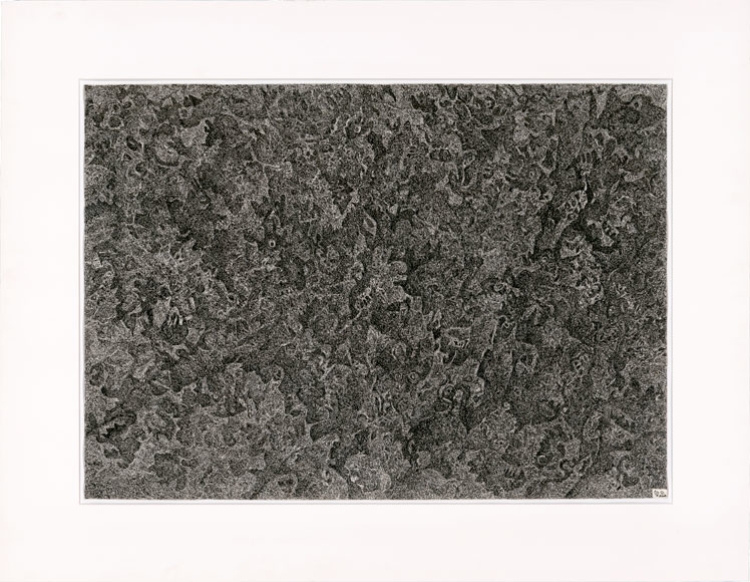 was born in Tulln (Lower Austria). Upon completing his compulsory schooling, he did a printer apprenticeship; he went on to work for thirty-three years at the same printing company. A burnout obliged him to leave that job in 2005 and, that same year, encouraged by one of his friends, he did his first painting. He has continued his artistic activity intensely ever since. Alfred Neumayr started out using acrylic paint or, at times, watercolor, before preferring India ink and dip pen. This latter technique enables him to produce highly detailed pieces which he continues to enlarge with the greatest of precision. He has tried out several types of canvasses, as well as various dip pens and fountain pens, seeking out varying line widths. At first glance, Alfred Neumayr’s works look abstract, somewhat akin to automation. Starting off at some random point on the canvas, he allows his hand to guide him until he sees a motif which he proceeds to develop. The resulting images — bringing to mind waves, faces, parts of maps — are open to an infinity of interpretations. From 2011 and on, Alfred Neumayr attended the Gugging Open Studio daily: this venue is a studio for unhampered creativity, open to any person, under psychiatric care or not, who wishes to embark on self-learning creation.