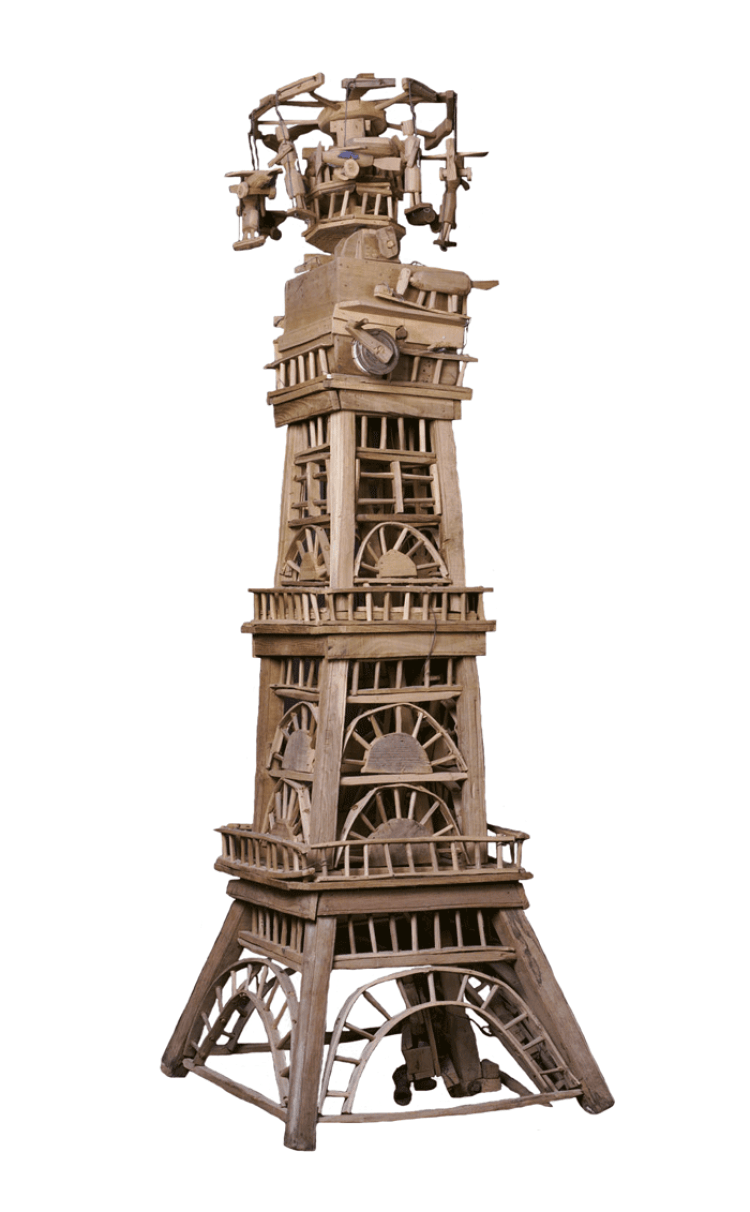 Emile Ratier was born into a farming family established in Soturac, in the region of western France. A farmer, the young man left the farm to go to the front in 1914. Returning from war to the family farm, he became a timber merchant, then a clog-seller. From 1960 onwards, Emile Ratier underwent a period of depression as his eyesight dimmed progressively until he became totally blind.

From the time his vision weakened he started to work with wood, more particularly elm, with which he made mobile sculptures animated by cranks and other resonant mechanisms. The noises, the grating and grinding, allowed him to verify the finish of the object as well as its mobility. His works essentially represent carts, merry-go-rounds and animals, but also the Eiffel Tower, as well as all sorts of strange vehicles.
Emile Ratier’s workshop was situated in a barn at the back of his farmhouse. He used to get there by means of an ingenious system of iron wires, suspended high up, along which he would slide his hand.