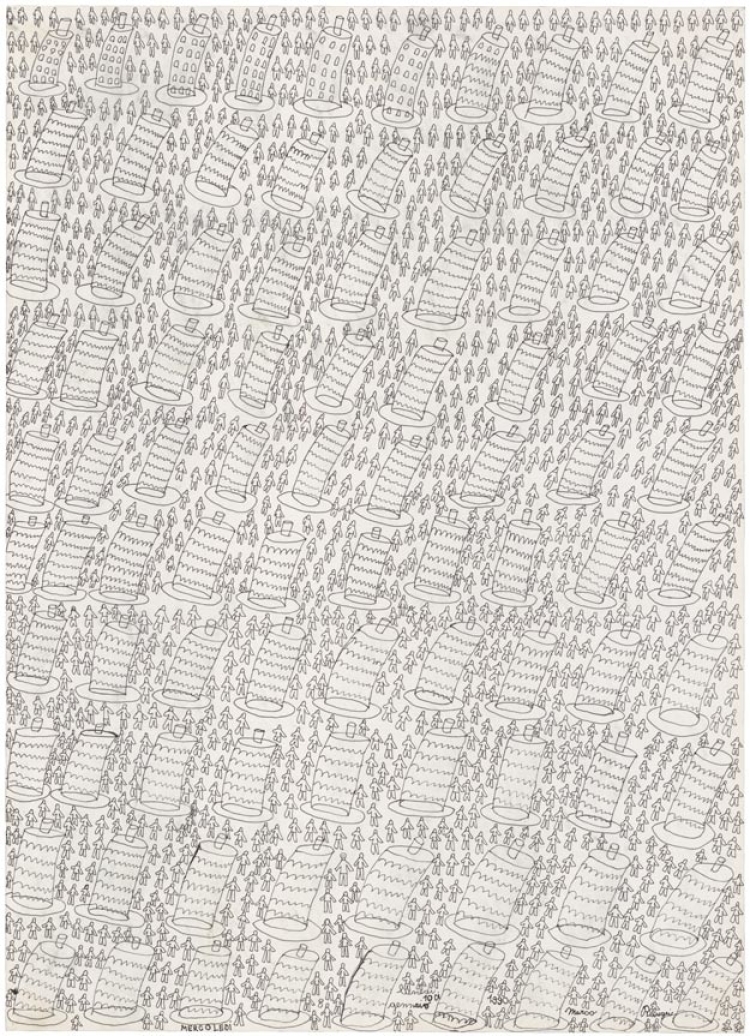 Marco Raugei (1958–2006) was born in Florence, in Italy, the eldest of four children in a working-class family. He attended primary school for the first five years but was then transferred to various institutions for intellectually handicapped children. After 1977, he was occasionally taken to psychiatric institutions but was never admitted. When he was twenty-eight, he started going to ‘La Tinaia’, the art studio in the San Salvi psychiatric hospital, although he was not a patient in the hospital. For two years, Raugei did no more than stride around the workshop talking to himself. He then found his own graphic style that he used for all his work.
Using a black felt pen, he drew the same, sometimes composite, motif on large sheets of paper, satisfying his desire for rhythm and repetition. He always began in the lower right corner and gradually covered the sheet, finishing in the upper corner. Raugei explores a wide range of themes: animals, people, or buildings, with no apparent preference. He reduces his motifs to minimalist forms, leaving just enough to be intelligible, rather like pictograms. Although all the motifs on a sheet are very similar, they are not identical: each one has its own character, with slight variations in proportions and perspective.