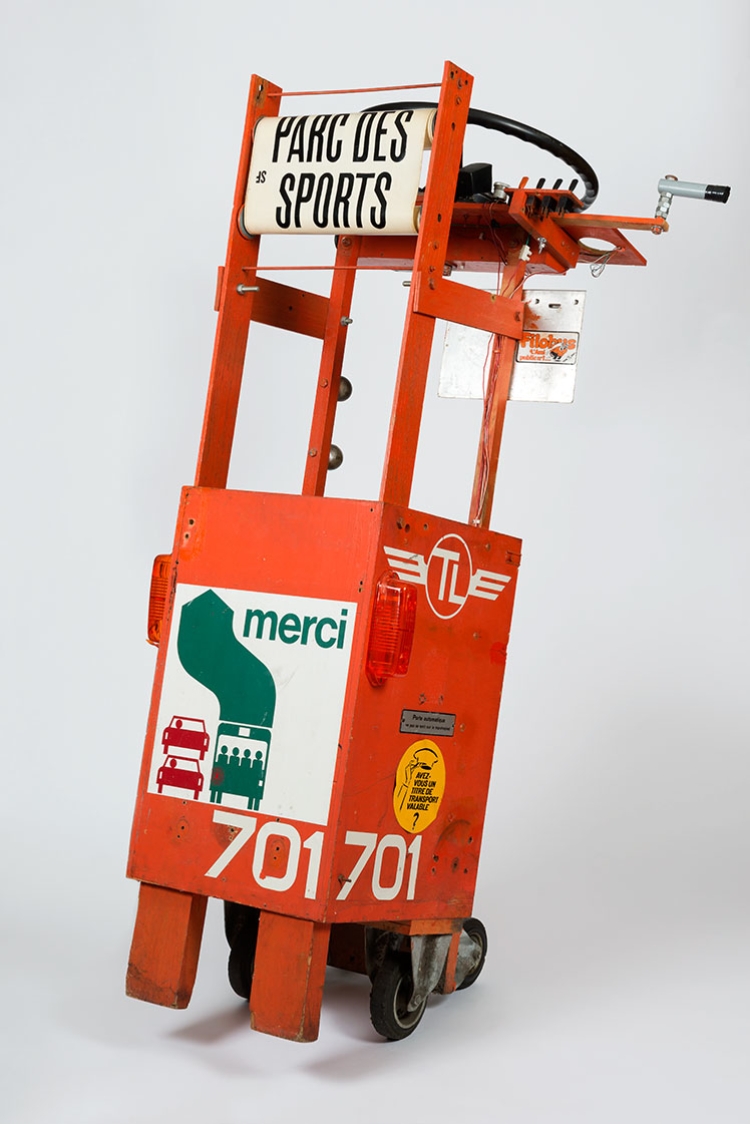 Martial Richoz (1963) was born in Lausanne, Switzerland, where his grandmother raised him. During the 1980s, the people of Lausanne knew him for his practice of walking around dressed in the city’s public transport uniform, pushing fake buses that he created from scratch. He had been fascinated by trolleybuses since childhood and created these ersatz buses from randomly collected bits and pieces that he mounted onto shopping carts or stepladders on wheels. He also drew the power supply cables for the bus lines and their complex networks with ballpoint pen and felt marker on sheets of paper.

Richoz put on a form of daily performance during his outings, following a pre-determined route at fixed times while perfectly mimicking vehicle noises: from the opening of the doors and the clicking of the turn signal to the brakes.

He suffered from mental illness that led him to be admitted to Cery Hospital in 1986, paid for by his disability insurance. Since then, Martial Richoz, in accordance with his doctors’ orders, has ceased playing his role as a bus driver.