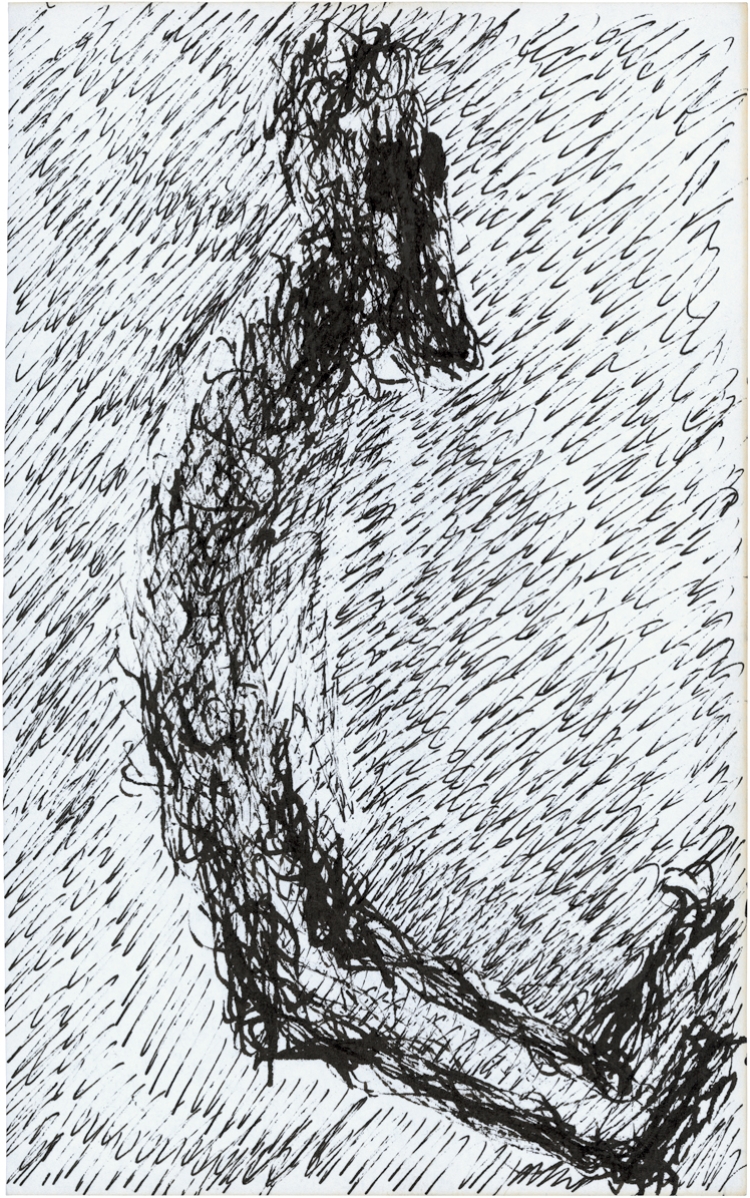 Of Hungarian and Jewish descent, Rosemarie Koczÿ (1939 - 2007) was born in Recklinghausen (Germany). After being deported with her family to a concentration camp in 1942, she was freed in 1945, when she joined her grandparents who would bring her up. Upon the death of her grandmother, she was sent to an orphanage. In 1961 she settled in Switzerland, where she took courses at the Geneva 's School of Decorative Arts. Her budding interest in tapestry led her to carry out ethnological research on African and Oceanic primitive textile techniques. While pursuing her studies, Rosemarie Koczÿ continued to paint, draw and create fabric pieces.

In 1970 she initiated an ongoing project of India ink drawings that she entitled "Je vous tisse un linceul" (I am weaving you a shroud). These she dedicated to the victims of the Shoah, as a symbolic funerary ceremony. The Jewish burial ritual entails washing the corpse's body before wrapping it in a sewn up shroud, as a sign of respect. Referencing this gesture, Rosemarie Koczÿ drew tenuous lines around the figures, as an evocation of the naked bodies. Along with her pictorial creation, she published a number of narrations on her family history. She emigrated to the United States in 1984, and remained there until her death.