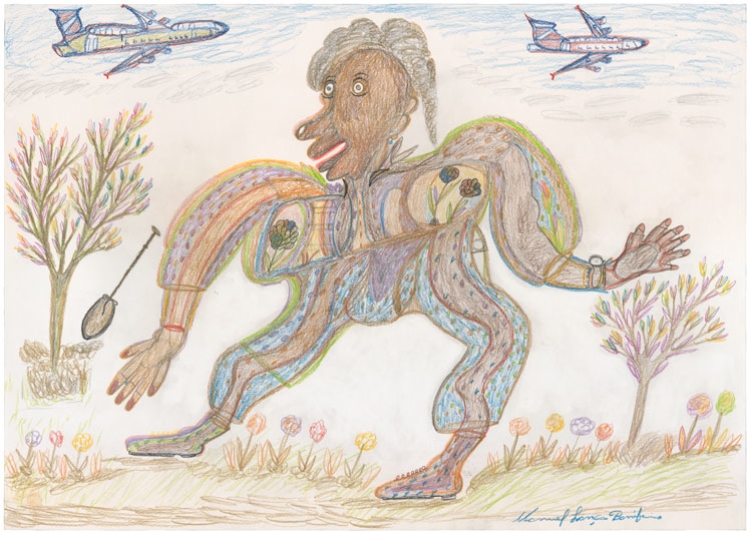 Manuel Lanca Bonifacio (1947) was born in the Portuguese seaside city of Faro. Learning difficulties forced him to leave school early (already at the age of 8), but he soon developed a great interest in images and drawing. Then too, he became keen on motorcycles and the firefighters, joining the latter as a volunteer. In the early 21st century, upon the death of his parents, he emigrated to England with his sister and the latter's family: they settled in the little town of Guildford, south of London.

In 2009 he joined the ArtVenture Trust, a day arts charity center for adults with learning disabilities. He took to attending that facility twice a week, drawing for four hours in highly concentrated fashion, thus completing about five works per session. He enjoys using colored pencil and pastels after less successful attempts with paint. He has also been inspired to take up ceramics, etching and wood sculpting. Manuel Lanca Bonifacio's drawings reflect several of this creator's specific fancies: extraordinary-looking animals (which he imbues with incredible colors) and, above all, the army, which he has dreamt of joining since childhood, as well as military vehicles. He also culls images and figures seen on TV, together with, more simply still, certain daily events.