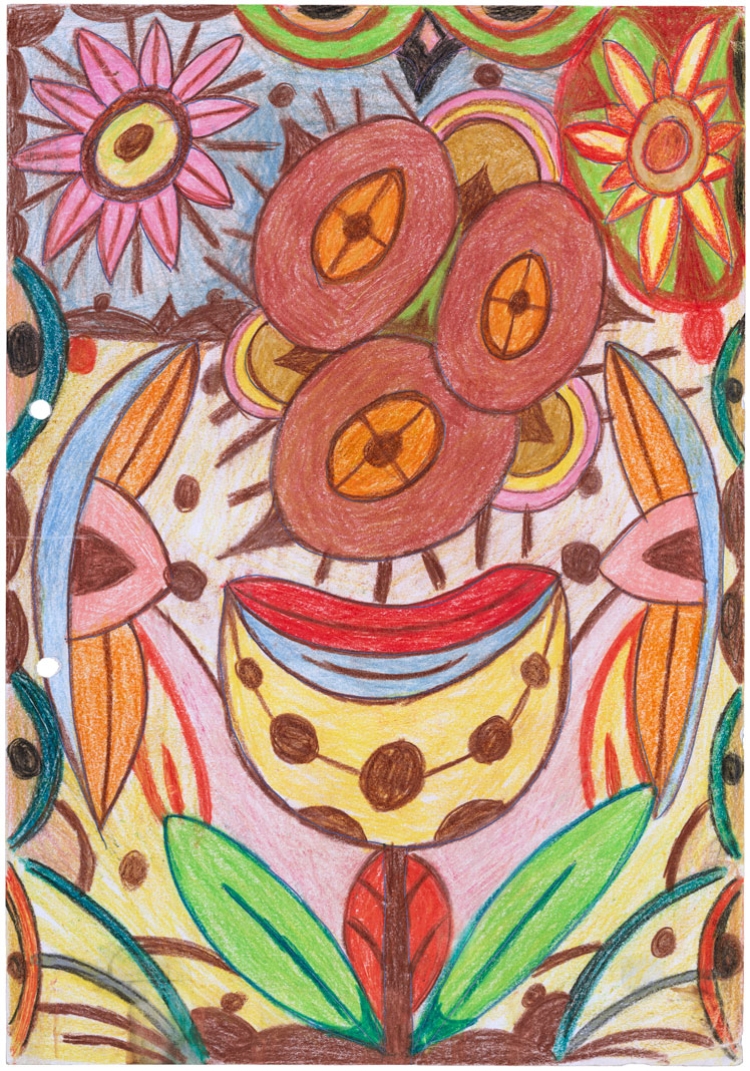 Born in Geneva (Switzerland), Madeleine Lanz was the second of four siblings. Her father was an electrician, her mother a housewife. As a child she had a fragile psyche and a difficult time at school where she was often punished. Thus thwarted in her development, she fell back on drawing for several hours a day, exercising that activity at both school and home. When she was a young adult who had just finished her training as a seamstress, the death of her brother, followed shortly thereafter by an unhappy love affair, left her shattered. Her state of depression entailed her hospitalization: here she was diagnosed with schizophrenia, obliging her to leave her work. Thenceforth, the young woman was obliged to move in with her mother, who took care of her until dying in 1975. Thereupon, Madeleine Lanz was committed to a psychiatric institution in the canton of Vaud: closely surrounded by her sisters, she would remain here for twenty-eight years.

The year 2003 saw her move to a senior home, where the activities scheduled inspired her to take up drawing again. Totally self-taught, Madeleine Lanz worked spontaneously and avidly. Following a hospital stay in 2008, she produced a series of drawings revealing her new-found spirit of freedom and enthusiasm. She worked on the paper received from her sister or found in the institution, and, too, on the backs of the senior home menus. Her works — done in colored pencil, chalk, lead pencil and gouache — depict floral or geometric compositions in a highly original and colorful register. Her death, from the sequels of diabetes, came at the age of seventy-eight.