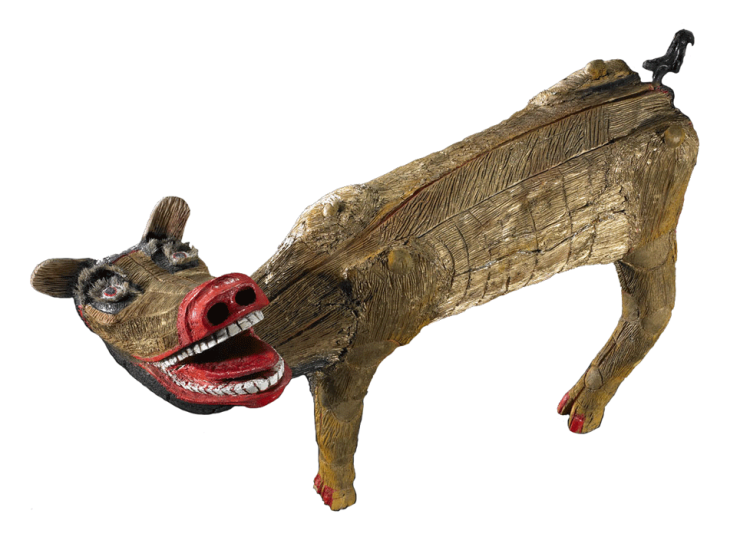 Eugenio Santoro was born in Castelmezzano in Basilicate, a region in southern Italy. After five years of elementary schooling he undertook an apprenticeship as a joiner. At the age of 20 he left for the front in Albania and Greece, where he was taken prisoner, then deported to a prisoner-of-war camp in the Rhineland Germany in 1943. Freed two years later, he went back to his country and worked as a municipal employee, then as a self-employed joiner.
In 1964, for economic reasons, he emigrated to Switzerland first with his wife, then with his daughter and settled in the Jura, where he was employed as a worker in a chocolate factory.

In 1979, on the occasion of the jubilee of the company, he painted a picture depicting the factory. As a consequence he started to draw uninterruptedly and focused then on sculpting in wood. After his retirement, he began devoting himself more intensely to this activity, carving life-size human figures and animals of great expressiveness from fruit trees, which he sometimes painted and coated with varnish. His works have an anamorphic quality, marked as they are by contorted facial features, twisted heads, lopsided stances, imbalance and other anatomic distortions. Each sculpture is made of several pieces of woods assembled by nails.